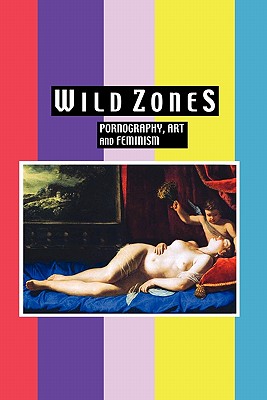 Kelly Ives explores the worlds sexual representation in art and pornography, from a feminist viewpoint.

Fully illustrated, with images from the history of representing sexuality from prehistory to the present day.

EXTRACT FROM THE INTRODUCTION

Firstly, there are as many definitions of art and pornography as there are people. Everyone has their own opinions, their own interests and realms to defend. There are the liberals who say that nothing should be censored, including pornography. Pornography is seen as part of artistic expression, and if people want to express themselves, they should, and if they want pornography, they should have it. This is the view of liberals such as Peter Webb, who campaigns for freedom of expression, and an art that should 'celebrate' eroticism. This is a familiar viewpoint, which we have heard made many times. In the (male) liberal view, sex is OK, so sexual art must be OK, so that much of pornography must be OK. The 'experts' on sex, the so-called 'sexologists' (Eduard Fuchs, Richard von Krafft-Ebbing, Sigmund Freud, Wilhelm Reich) argue that sex is a normal part of life, so it is natural that it should abound in art. Fuchs wrote; ' a]rt has treated erotic themes at almost all periods... it] lies at the root of all human life.'

Everyone seems to have their cut-off points, however, their 'standards' of 'taste' and 'decency'. It's a very subjective business, the debates between art and pornography, and between pornography and censorship. As Wendy Moore writes: ' c]ensorship like freedom is an entirely subjective term'. What you like defines yourself. As Pierre Bourdieu put it: ' t]aste classifies, and it classifies the classifier.'

Taste, choice, categorization and classification, then, defines the viewer, the reader, the consumer. Censorship, you might say, defines the culture. And 'sensitive' novelists are wary of writing 'sex scenes', because they know that what they write defines themselves. Yet sex is crucial to art, many artists say. As Gertrude Stein wrote: ' l]iterature - creative literature - unconnected with sex is inconceivable.'