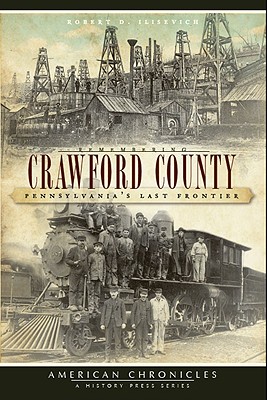 When George Washington ventured into northwestern Pennsylvania in 1753 to confront the French, he discovered an untouched land of extensive, rich meadows--Pennsylvania's last frontier. Thirty-five years later, the first group of settlers moved into the territory, where they encountered western tribes of Native Americans and vicious battles over land claims. As the wake of the Industrial Revolution swept away any vestiges of the frontier, Crawford County became an island of capitalism at the edge of the wilderness. In Remembering Crawford County, historian Robert D. Ilisevich has collected the best of his historical essays to look at the happenings that helped advance a community and how they influenced national events.