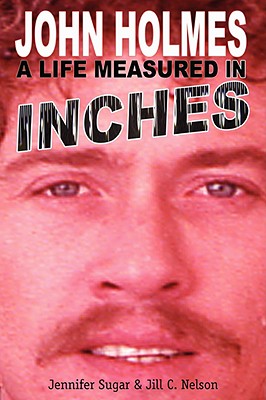 "The tree of life represents the roots of man. The branches are the different directions a man can take, live or exist. When you're dead, those that you leave behind will put you in a part of that tree. It represents what was, what is and what will be. It's eternal." -- John Holmes Most people might, understandably, predict that the world's first porn star was a woman, but they would be wrong. John Curtis Holmes was just a simple country boy from Ohio when he moved to California in 1964. It was the infancy of hardcore, so in Holmes' wildest dreams, he could not have predicted the turbulent ride on which he had embarked by publicizing his private parts. With the fame he achieved by playing his most famous character - a gun toting detective named Johnny Wadd - came money. Holmes was pleased to spend it on his wife and mistresses, but soon was in over his head after he became addicted to cocaine. Unfortunately for Holmes, in the years that followed, his addiction led him into several desperate choices - including setting up a robbery at the home of Ed Nash, a powerful L.A. nightclub owner. The robbery resulted in one of the most gruesome, unsolved, multiple-murders in Hollywood history. Amazingly, before his untimely death in 1988, Holmes regained his momentum, remarried and rebuilt his life and career. However, the grave consequences of his addiction, his association with the Wonderland murders, and his AIDS-related death made him an infamous figure in pop culture. Digging past the stigmas, John Holmes: A Life Measured in Inches - the first biography about John C. Holmes - unearths the human being behind the penis and proves that there was more to him than could be measured in inches. This biography includes material from the authors' new interviews with: Laurie Holmes, Bill Amerson, Bob Chinn, Julia St. Vincent, Detective Tom Lange, Detective Frank Tomlinson, Paul Thomas, Ron Jeremy, Seka, Marilyn Chambers, Candida Royalle, Rhonda Jo Petty, Dr. Sharon Mitchell, Bill Margold, and many others John Holmes: A Life Measured in Inches also includes 114 reviews of John's most notable feature films, 86 loops synopses, 3 photos sections with rare nudes, and a 21 page comprehensive filmography.