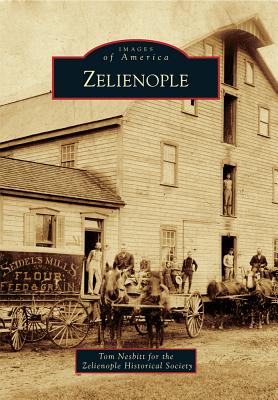 In 1800, Butler County had just been created and was nothing but forest, streams, and Indian trails. Dettmar Basse purchased 10,000 acres in this wilderness, where he hoped to create a barony similar to the ones he had known in Germany. In 1802, he started to build his Bassenheim (Basse's home). It took seven years and $7,000 to build this castle, and he also laid out streets for a town that he named for his daughter Zelie (nople means village). Zelie and her new husband, Philippe Passavant, of French ancestry, traveled here in 1807 and became the first merchants on Main Street. Their son William A. Passavant founded numerous orphanages and hospitals throughout the country. Christian Buhl, the hatter and furrier, came to Zelienople from Germany in 1802. His grandson Henry Buhl Jr. founded Boggs and Buhl Department Store on the north side of Pittsburgh. In 1927, he bequeathed an $11-million endowment to the Buhl Foundation, making it one of the best-funded foundations in the country.