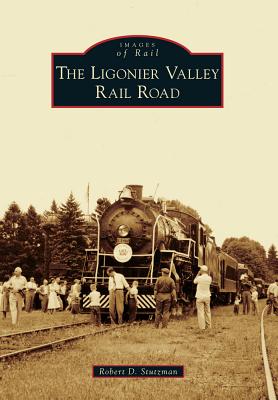 To provide his sons with an opportunity to create a new business, Judge Thomas Mellon agreed in August 1877 to invest in a short line railroad that would connect Ligonier to the Pennsylvania Railroad in Latrobe. Four months later, the Ligonier Valley Rail Road (LVRR), a 10.6-mile-long line, was completed and began transporting passengers and freight between Ligonier and Latrobe. The viable transportation the LVRR provided to Pittsburgh markets immediately spurred lumber and quarry industries in Ligonier Valley and later coal mining and coke production. Also, to increase ridership, Judge Mellon built Idlewild Park on 350 acres near Ligonier in 1878. By its end in 1952, the LVRR had hauled more than 30 million tons of freight out of the valley. Equally impressive, because of the popularity of Idlewild Park and the growing tourism in Ligonier Valley, nine million passengers rode LVRR's rails over its 75 years of operation. Mellon's short line railroad stimulated an economic boom in Ligonier Valley and propelled it into the 20th century.