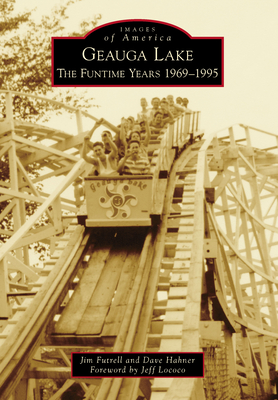 Images of America: Geauga Lake: The Funtime Years 1969-1995 captures the park's transformation and some of the countless memories that resulted from Funtime's 26-year ownership.

In 1968, three businessmen left their jobs at Cedar Point in Sandusky to purchase Geauga Lake Amusement Park. Geauga Lake had been a summertime escape since the 1870s, but by the 1960s it had fallen on hard times. The businessmen's company, Funtime, Inc., transformed the aging facility into a modern amusement park and established a reputation as an innovative operator in one of the nation's most competitive amusement park markets. Geauga Lake became the first park with two looping roller coasters and the first to integrate a full-scale water park, Boardwalk Shores. The company broke even more new ground in 1988 when it resurrected a classic roller coaster design to construct Raging Wolf Bobs.