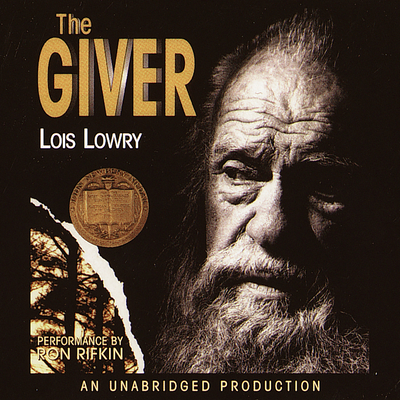 December is the time of the annual Ceremony at which each twelve-year-old receives a life assignment determined by the Elders. Jonas watches his friend Fiona named Caretaker of the Old and his cheerful pal Asher labeled the Assistant Director of Recreation. But Jonas has been chosen for something special. When his selection leads him to an unnamed man-the man called only the Giver-he begins to sense the dark secrets that underlie the fragile perfection of his world.

Ron Rifkin has appeared in the films Wolf and JFK, starred on Broadway in Arthur Miller's Broken Glass and has played recurring roles on television in the series The Trials of Rosie O'Neill and the award-winning drama series ER.

"A powerful and provacative novel.”
-- The New York Times