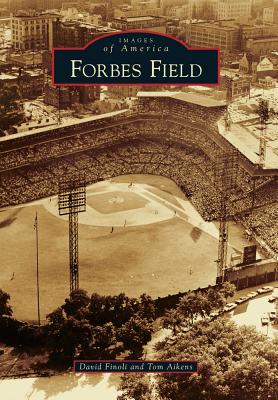 In 1909, Pittsburgh Pirates president Barney Dreyfuss began construction on a new facility for his team in the Oakland section of Pittsburgh.

Dreyfuss decided to call his palace - the first concrete and steel facility built in the National League - Forbes Field, after the British general John Forbes, a hero in the French and Indian War. Opened on June 20, 1909, Forbes Field was a hit from the onset; the venue hosted large crowds that came to watch the Pirates win in their first World Series against the Detroit Tigers that year. As the years went on, Forbes Field became synonymous with the greatest sports memories in the city's history. Patrons saw the trials and tribulations of the Steelers as well as some of the greatest collegiate football teams in the history of the game. The University of Pittsburgh won three collegiate football national championships, and Duquesne University and Carnegie Tech also fielded many winning teams while calling Forbes Field home. Alongside football, boxing was a constant event at the famed facility, hosting some of the most memorable pugilists this city has ever produced. Above all else, it was a baseball mecca. While the field is no longer in use, the wall remains intact, reminding Pittsburghers of the field's rich history.