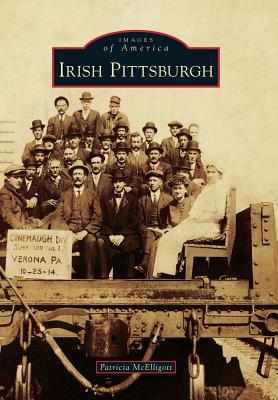 Many modern Irish Pittsburghers can trace their roots to immigrants fleeing an Ireland devastated by the Great Potato Famine of the mid-1800s. They migrated to Pittsburgh, a booming industrial town, and worked in the iron and steel mills, the mines, and the railroads. Irish women became domestic servants in such large numbers that Bridget the Maid was a stock character on stage and later in films. The immigrants settled in neighborhoods such as the Point, the Hill District, Homewood, and the North Side. Fighting anti-Irish and anti-Catholic sentiments, they paved the way for their children, who would dominate municipal politics and the Catholic Church and rise to surprising heights in sports, entertainment, and business. Gov. David L. Lawrence, dancer Gene Kelly, and boxing champion Billy Conn were three of these Irish Pittsburgh groundbreakers. Their success echoed the smaller, but equally significant, success of ordinary Pittsburghers who rose from poverty to middle class, from shantytown to lace curtain respectability in the neighborhoods and later in the suburbs of the city.