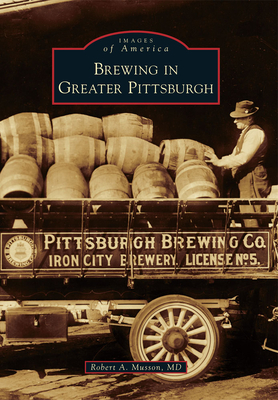 Although Pittsburgh is best known for the many steel mills that have dotted its landscape, it has also been a major center for the brewing of beer and ale throughout its history.

Since 1765, when common beer was first brewed for British soldiers at Fort Pitt, the city has produced a tremendous amount of beer to quench the thirst of steelworkers who toiled in the city's mills. Brands like Iron City, Duquesne (or "Duke"), Rolling Rock, and Stoney's are still known in the area today, while old-timers might remember names like Fort Pitt, E&O, Carnegie, and Dutch Club, among others. Many towns surrounding Pittsburgh, such as McKeesport, Latrobe, and Aliquippa, were also home to breweries that thrived for many years. Through more than 220 historic images, Brewing in Greater Pittsburgh looks at the most prominent brewers in the Greater Pittsburgh area, covering Allegheny, Beaver, Westmoreland, and other neighboring counties.