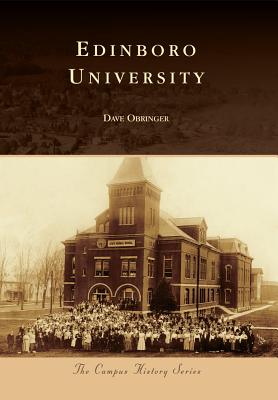 Edinboro University, chartered in 1856, opened its doors in 1857 as Edinboro Academy. Initially founded, funded, and governed by the citizens of Edinboro, Pennsylvania, the university was established as a response to the community's needs. Since then, the school has persevered through the Civil War, Great Depression, World Wars I and II, fire, controversy, and the constant evolution of public education in Pennsylvania. Each time, the school responded, educating students to meet the needs of society. While a state normal school, Edinboro graduated much-needed teachers. When a college degree became a requirement to teach, Edinboro became a state teacher's college. In the 1960s, when a liberal education was seen as the best form of education, Edinboro became a state college. Later, when Pennsylvania organized its state-owned colleges under the Pennsylvania State System of Higher Education, Edinboro became a university. Now there are over 100 undergraduate and graduate degrees. From an academy with barely 100 students to a university with over 8,000, Edinboro has made a journey that reflects the growth and challenges of Pennsylvania and the country.