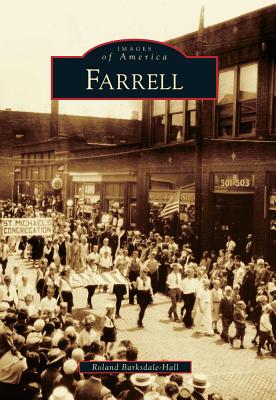 In 1912, Farrell took its name from James A. Farrell, president of US Steel at the time. Founded 11 years earlier as South Sharon, this lively 20th-century boomtown emerged from swamp and woodlands and was later hailed as "The Magic City." Ripley's Believe It or Not listed Farrell as having one of the highest numbers of churches and bars per capita. Nationalist churches, ethnic homes, and independent businesses rendered a cosmopolitan flavor. Southern and Eastern European emigrants, as well as Southern migrants, found a safe haven in Farrell, and across the country, Jewish people regarded the city as "The Pearl." By the 1950s, Farrell was a well-known sports title town, a producer of NFL standouts, and home of Sharon Steel, a major US steelmaker that was captured by artist Norman Rockwell. By the 1990s, spunky Farrell had its own library and hospital, had overcome mill closure, and was home of the Instant Urban League.