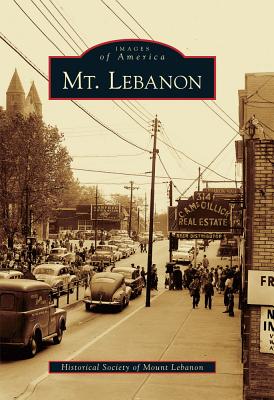 Mt. Lebanon depicts the interesting and engaging history of this community.

From the mid-1700s to the early 1900s, farming was the principal occupation in the area that would become Mt. Lebanon. When the federal government placed an excise tax on whiskey in 1794, area farmers protested in what became known as the Whiskey Rebellion. The 1901 arrival of the streetcar began transforming the area from a rural countryside to a modern suburban community. Within a few months of the streetcar's arrival, the first real estate subdivision, the Mt. Lebanon Plan, was laid out, and by 1905, no less than 11 subdivisions had been approved. When the Liberty Tunnels opened in 1924, Mt. Lebanon's population exploded, and the community became a premier example of the modern automobile suburb.