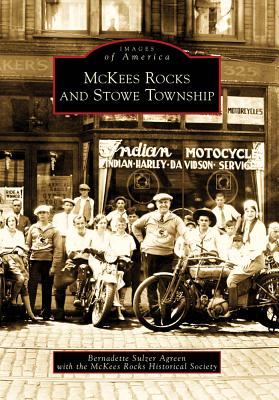 McKees Rocks and Stowe Township, just downriver from the Point of Pittsburgh, contributed significantly to the growth of steel and transportation in western Pennsylvania.

In 1888, the Pittsburgh and Lake Erie Railroad, known as the Little Giant, built a 100-acre maintenance facility in McKees Rocks, igniting the spark to the region's massive industrial, business, and population explosion. By 1910, the population soared to 15,000, fueled by the rapid influx of nearly 6,000 immigrants. A landmark event in labor history occurred in July 1909, when 5,000 foreign workers, representing 16 different nationalities, waged a long and bloody strike against the Pressed Steel Car Company. McKees Rocks and Stowe Township showcases a region whose diverse history includes the largest Native American mound in Pennsylvania, visits by George Washington, floods, and even Al Capone. Today a rich mix of ethnic cultures still flavors the local neighborhoods, and the accomplishments of homegrown businessmen, musicians, clergy, athletes, public servants, artists, and educators are recognized and respected throughout western Pennsylvania and beyond.