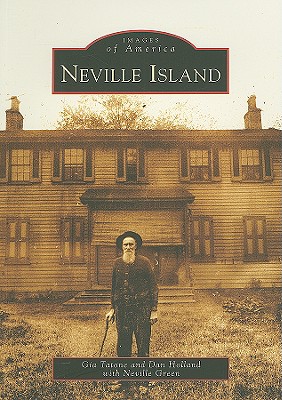 Featuring over 150 years of obscured history, Neville Island documents this community's journey of change and transformation.

Ten miles from the illustrious city of Pittsburgh is a five-mile island on the Ohio River known as Neville Island. On April 8, 1856, the island was officially named a township and a community was born. The island's fertile soil was rich with produce, and farms grew asparagus, strawberries, and corn. The island became known as the market basket of Pittsburgh with its produce being sold in the most prominent hotels and restaurants. However, at the birth of World War I, the island experienced a drastic turn of fate. Industries arose, and the farms became extinct. Neville Island features over 150 years of obscured history, including the lost Sunshine Island and the failed attempt of Coney Island Park, documenting the community's journey of change under the influence of the Ohio River.