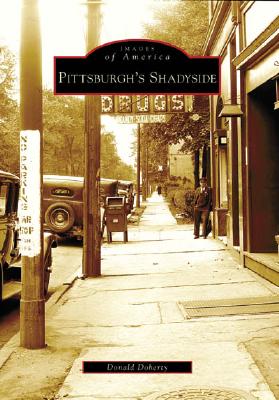 Through more than 200 vintage photographs, Pittsburgh's Shadyside chronicles the personalities, places, institutions, and events that transformed a farming community into an affluent industrial-age suburb and diverse city neighborhood.

The suburb of Shadyside was established in the middle of farmland during the late 1860s when the Shadyside train station opened. As Pittsburgh grew into the world's preeminent industrial city, Shadyside became the home of many influential men of the industrial age. Rapid change struck Shadyside early in the 20th century when commerce sprouted up around the perimeter of the neighborhood to cater to the residents' demand for luxury goods and services. Within another decade industry moved in, especially close to the train tracks, and in 1915, the Ford Motor Company assembly plant opened in Shadyside.