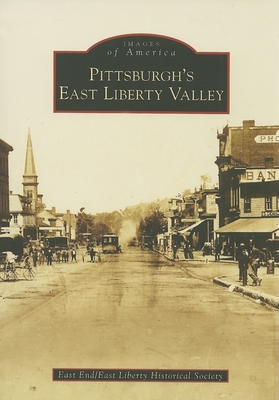 Pittsburgh's East Liberty Valley originally consisted of lush hunting grounds used by many Native American groups. In the 1700s, British general John Forbes instructed George Washington to build a military road from Fort Ligonier through the East Liberty Valley to the forks of the Ohio River. In 1758, Forbes traveled this widened trail, first named for him, now known as Penn Avenue. Many plantations were established after the Revolution, and the village grew, with its tollhouse and taverns serving stagecoaches and Conestoga wagons en route to Pittsburgh. By the 20th century, East Liberty was one of the wealthiest suburbs in America. Many famous firsts occurred here, including the building of the nation's first gasoline service station and the founding of the National Negro Opera Company. The area also boasts many famous residents, including Billy Eckstine, Erroll Garner, Gene Kelly, Dick Powell, and Lillian Russell. Through vintage photographs, Pittsburgh's East Liberty Valley salutes the area's rich history.