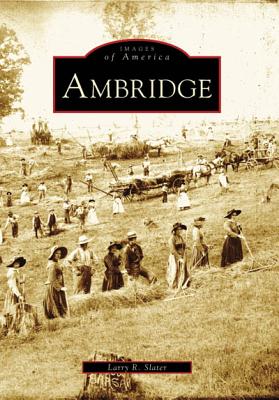 In 1905, the German religious settlement of Economy changed forever from what its charismatic founder had planned in 1824. Built to await the Second Coming, Economy was passed from the hands of the moribund Harmony Society to the American Bridge division of United States Steel Corporation. The new owners renamed the town Ambridge. As the mill town burst into life, the population spiked from 600 to approximately 37,000 by 1945. Inevitably, Ambridge felt the collapse of big steel. In the 1750s, this land along the Ohio River held Log Town, which was a meeting place for Colonial and Native American leaders. Later there was Legionville, where Gen. Anthony Wayne trained American troops during the early Indian wars. This was followed by the final home of a utopian society and one of the largest mill complexes of the 20th century. Through vintage photographs, Ambridge chronicles the diverse history and evolution of this community.