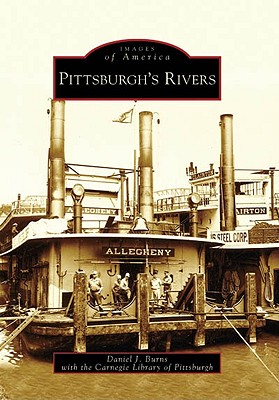 For centuries, the land at the forks of the Ohio River was known to the Native Americans of western Pennsylvania, but it was not until 1753 that a British officer named George Washington surveyed the area for Gov. Robert Dinwiddie of Virginia. He described the land as well timbered and convenient for building, and with that, the first community at the site of modern-day Pittsburgh was established. Over the next two and a half centuries, Pittsburgh changed from a small settlement in the Pennsylvania wilderness to a city that has flourished because of, and continues to be identified by, its surrounding rivers. The Allegheny, the Ohio, and the Monongahela Rivers have played an inimitable role in the industrial growth of America as they have provided for the movement of coal, lumber, and steel to the Pittsburgh region and beyond. Pittsburgh's Rivers highlights the immeasurable contributions these three rivers
have made to the area both economically and socially.