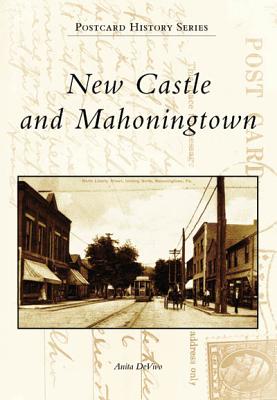 Railroads and steel helped build the towns of Mahoningtown and New Castle, and then became a leading producer of tinplate and fireworks.

Founded in 1798, New Castle was a small borough located at the confluence of the Shenango River and Neshannock Creek. Mahoningtown, a small borough located just south of New Castle, was a thriving community founded in 1836. The two towns boasted flourishing industries, and in 1896, a trolley line was created to run between them. In 1898, Mahoningtown officially became the seventh ward of New Castle. By that time, New Castle was a third-class city, and railroads and steel were the area's major industries. Eventually many important products were manufactured here, including both Castleton and Shenango China, which were used in the White House. New Castle became known first as the tinplate capital of the world and, later, as the fireworks capital of the world. The stunning postcards featured in New Castle and Mahoningtown document the fusion of these two communities. Among the memorable views are the diverse scenery and amusements of Cascade Park and the parade for baseball manager Chuck Tanner, who led the Pittsburgh Pirates to their fifth World Series.