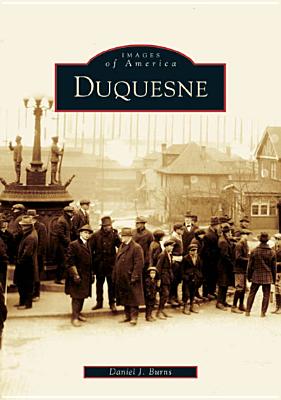 Located just eleven miles southeast of Pittsburgh, Duquesne has a history that began when British general Edward Braddock and American colonel George Washington marched through the area and were defeated by the French in 1755. Once a part of Mifflin Township, Duquesne was later named in honor of the French governor general of Canada. Through the 1800s, the area was primarily fertile farmland. After the construction of the Carnegie Steel Mill in 1901, the town became an industrial giant in steel production. Incorporated as a town in 1891, Duquesne became rich in culture, with people from ethnic backgrounds as diverse as the skills they utilized to build the community. By the height of World War II, the Carnegie Steel Company, now the Duquesne Works of United States Steel, employed over ten thousand people. Through nearly two hundred photographs, Duquesne extols the history of this prosperous town.