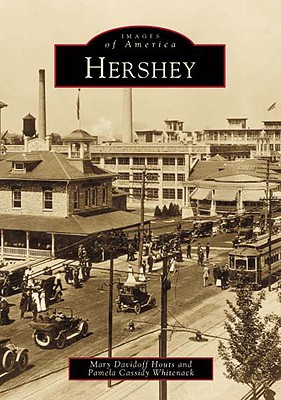 Hershey, Pennsylvania, went from relative unknown to an American dream come true thanks in large part to the risk taken by its founder, Milton Hershey.

In 1903, successful candy-maker Milton Hershey began a new enterprise that many people thought was doomed. He planned to build the biggest chocolate factory in the world, and a town to house its employees. The location he chose, near his birthplace in rural Derry Township, Pennsylvania, was most unlike the traditional urban factory settings of the era. Hershey is the pictorial history of what happened next. Through period photographs, many of them in print for the first time, and engaging narrative, Hershey reveals how the place, the people, the industrial age, and Milton Hershey himself contributed to the success of his scheme. Hershey includes an introduction to the history of Derry Township, tracing it from Milton Hershey's birth in 1857 to his return in the early 1900s. The book follows the intertwining stories of Milton Hershey's life, the growth of his chocolate company, the development of the school for needy boys that he endowed with his entire fortune, and the evolution of his model company town. The transformation of Hershey into a tourist destination and its survival after the death of its founder in 1945 conclude this chronicle of a vision turned into reality.